We've done some research to find military reference books on the internet - click on the hyperlinks to buy direct from Amazon.co.uk.  (A number of North American customers have commented that Amazon.co.uk is cheaper than its US partner Amazon.com).

The books listed are ones that we use on a regular basis.  In many cases they show insignia reference numbers that we use on our mail-order catalogues.  Please note that these books are sold by Amazon.co.uk - not by Ian Kelly (Militaria).  A number of books do not have links to Amazon - this is because they are out-of-print.  We have kept the details of suitable out-of-print books on my web site so that you can use the information to buy them second-hand from other dealers.

Bellis, MA. 2000. Divisions of the British Army 1939 - 1945. ISBN 0952969319: Malcolm A Bellis
Impressive research text giving dates, locations, battles and titles of the units which made-up the British Divisions during WW2.

Congdon, P. 1985. Behind the Hangar Doors. ISBN 0951013904: Sonik Books.
Written by a serving RAF Regiment officer, this is an interesting and wide-ranging book covering history, heraldry and etiquette of the Royal Air Force.  There are excellent sections on insignia.

Jefford, CG. 2001. RAF Squadrons. (2nd Edition) ISBN 1840371412: Airlife Publishing.
Long-awaited Second Edition of a comprehensive book giving historical dates, locations and aircraft for every squadron in the Royal Air Force since its formation.  Wing Commander Jefford includes photographs of aircraft and maps to show locations of all RAF airfields in the UK and overseas.  Probably the best RAF research document in publication.

Mileham, PJR. 1996. The Scottish Regiments 1633-1996. ISBN 1873376456: Spellmount Ltd
The second edition of an illustrated description and record of Scottish regiments from the 1630s to the present day, among them the Scots Guards, the King's Own Scottish Borderers, the Black Watch and the Gordon Highlanders

Nevill, T. 1999. The Scottish Regiments. ISBN 1861262841: Crowood Press
A colour guide to the legendary Scottish regiments of today's British Army. The regular units covered are: The Scots Guards; The Royal Scots Dragoon Guards; The Royal Scots; The Royal Highland Fusiliers; The King's Own Scottish Borderers; The Black Watch; The Highlanders; and The Argyll and Sutherland Highlanders. The text details the units, their organization, equipment, weapons and vehicles and their uniforms and insignia. Illustrated with more than 100 colour photographs of Scottish soldiers in combat dress, training and working in the field, and on parade, this book is part of the "Europa Militaria" series

Whittaker, LB. 1990. Stand Down - Orders of Battle for the units of the Home Guard of the United Kingdom. ISBN 1871167140: Ray Westlake Military Books.
An excellent book on the Home Guard, including locations, dates, insignia and unit commanders.

Wilson, T. 1999. Flags at Sea. ISBN 1861761163: Chatham Publishing.
A history of the flags flown at sea by the principal naval powers - Great Britain, France, the Netherlands, Spain and the USA - during the Age of Sail. Where, when and why certain flags - like the piratical 'Jolly Roger' - were flown. It also tackles such apparently complicated issues as signalling in peace and war. The book also contains a profusion of illustrations, covering the many variants of well-known flags, in both contemporary flag-charts and modern drawings done specially for this work. It therefore provides the degree of detail demanded by model-makers, artists and historians.  Click here to buy this book

This page was updated on Sunday 01 September 2013

The British Button Society has an identification service. 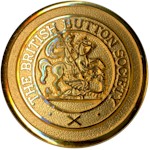 The British Button Society was founded in 1976 by a group of people interested in collecting buttons and researching their history. The Society has collectors of all types of button and publishes 4 excellent journals per year called 'Button Lines' - click for details